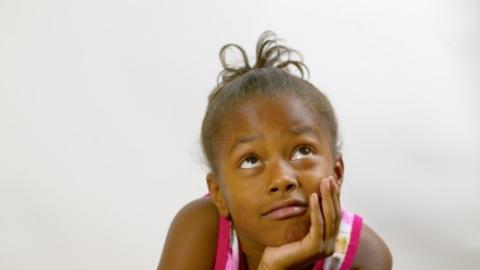 How Do Children View Moral Dilemmas? 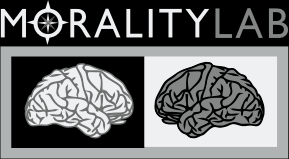 A team from the Boston College Morality Lab began collecting data at The Discovery Museums in June 2015. Larisa Heiphetz and her research team have been set up on the second floor of the Science Discovery Museum on Friday afternoons for several hours. In the study described below, children are invited to play a short computer game. As part of the game, the child hears about characters that disagreed with each other, and is then asked whether he or she thought that both people could be right or only one person could be right.

When birthdays and holidays are approaching, many of us think about what gifts to give and—especially if we are children—what gifts we might receive. Ripping open the festive wrapping paper, we excitedly anticipate the new dress or toy or necklace that might be inside. Sometimes the gift is all we had hoped, and we shower the giver with genuine appreciation. Other times, though, the box turns out to contain not the beautiful dress we had envisioned but a scratchy sweater. How do we act toward the giver when this happens? Do we say how much we love the gift?

Psychologists call this type of situation--one where the right thing to do isn’t immediately obvious--a moral dilemma. On the one hand, we’ve learned that lying is bad. On the other hand, we’ve also learned that hurting people’s feelings is bad. What happens when these moral values come into conflict?

Our research team investigated just this question at The Discovery Museums in Acton this summer and fall. We created a game to see how preschoolers thought about moral disagreements, especially ones where multiple courses of action could be considered morally praiseworthy. Specifically, we told children a story about a character faced with a dilemma, such as a girl named Sarah who received a scratchy sweater for her birthday, and asked what the character should do. Unsurprisingly, different children gave different responses. Some thought lying was better than hurting the gift giver’s feelings, and others thought a small lie was a small price to pay to help the giver feel happy.

Next, we told children about two people who disagreed about the right thing to do. For example, one person thought that Sarah should lie to make the gift giver happy, and another person thought that Sarah should tell the truth about not liking the gift. The question for the participants in our study was, “Can both of these people be right, or can only one person be right?”

Previous work has shown that when children hear disagreements about facts (e.g., whether germs are big or small) and clear-cut moral scenarios (e.g., whether or not it is okay to hurt others for no reason), they say that only one person can be right. However, when we asked about moral dilemmas like those faced by people who have received a bad gift, children in our study were much more likely to say that both disagreeing people could be right. It seems that children treat moral dilemmas not as fact-like but as more akin to idiosyncratic preferences, reasoning that even if two people make opposing claims, no one has to be wrong.

Our research team is currently conducting a new study at The Discovery Museums, looking at the extent to which children think that moral beliefs form a central component of their identity. If you’d like to participate, or have questions, look for our researchers in the Science Discovery Museum on your next visit!

This research was conducted in Living Laboratory® at The Discovery Museums. Larisa Heiphetz is a post-doctoral fellow working in the Morality Lab at Boston College. Starting in July 2016, she began a faculty position in the psychology department at Columbia University.